Pretty cool way to end the week. The Adcolor Conference and Awards just announced that only 5 spots were nominated for Ad of The Year, and JSM partnered up and collaborated on 2 of them.

Huge thanks to all at FCB Chicago for your ongoing faith and trust in JSM and good luck to Wieden+Kennedy for “The Myth” and BBDO New York for both “Teenage Dream” and “In the Spotlight”. 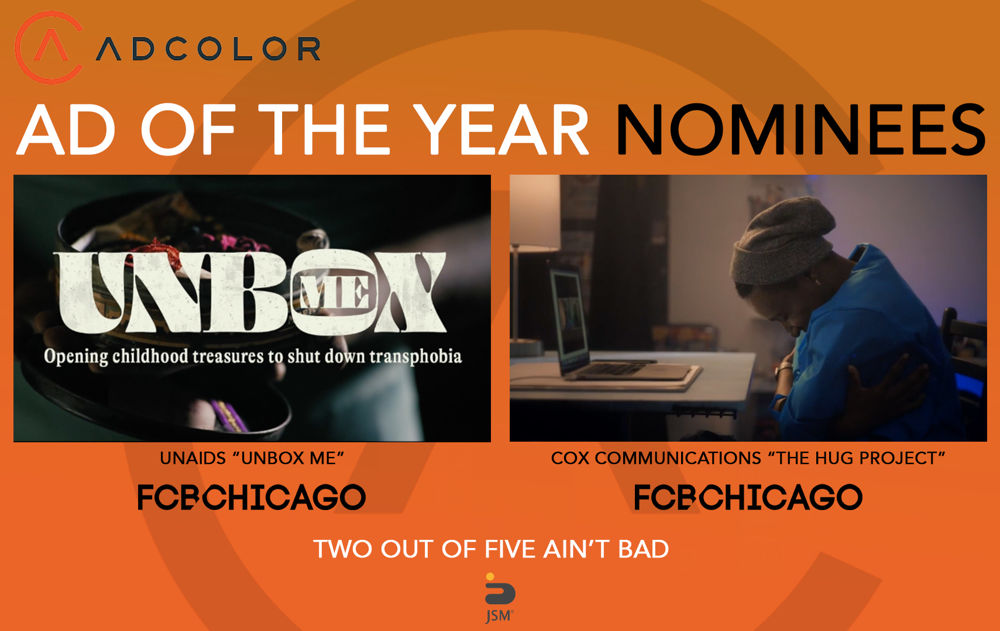